Home Page Exhibitions Exposições passadas Domingos António de Sequeira
An old handwritten inscription on the back of this drawing - Study for the painting (Camões) - relates this study to the missing canvas “The Death of Camões” or “The last moments of Camões”, painted by the artist Domingos Sequeira in Paris and presented at the 1824 Salon, a work that − according to the art historian José-Augusto França − has been considered as one of the precursors of Portuguese and European Romanticism. This canvas, whose whereabouts are unknown, was given by the painter to Emperor Pedro I of Brazil and sent to Rio de Janeiro, where it was lost. Thus, it is only known through some preparatory drawings that have remained. The position of the figure, as it appears here, turned to the left and with one arm raised and the other down, is, however, different from the other known studies, in which the poet is represented sitting on his cot with both hands raised high and joined in supplication. The wavy lines scattered around the figure, which have no relation to the way the spatiality of the alcove was reconstructed, are also difficult to explain. The consideration of these elements seems to lead to the hypothesis that we are facing a very initial study, prior to the artist’s definitive thought on the composition. Or even to the hypothesis that another Camonian theme − such as the shipwreck at the mouth of the Mekong River − was initially considered. Although the current state of knowledge does not allow for any certainty, this small sketch presents itself as another link, and an extremely important one, for the reconstruction of the mythical lost picture.
The drawing belonged to a private French collection, the Alfred Cortot collection, and was acquired by the Direção-Geral do Património Cultural – DGPC – (the Portuguese Directorate-General for Cultural Heritage), in Paris, in late 2019. 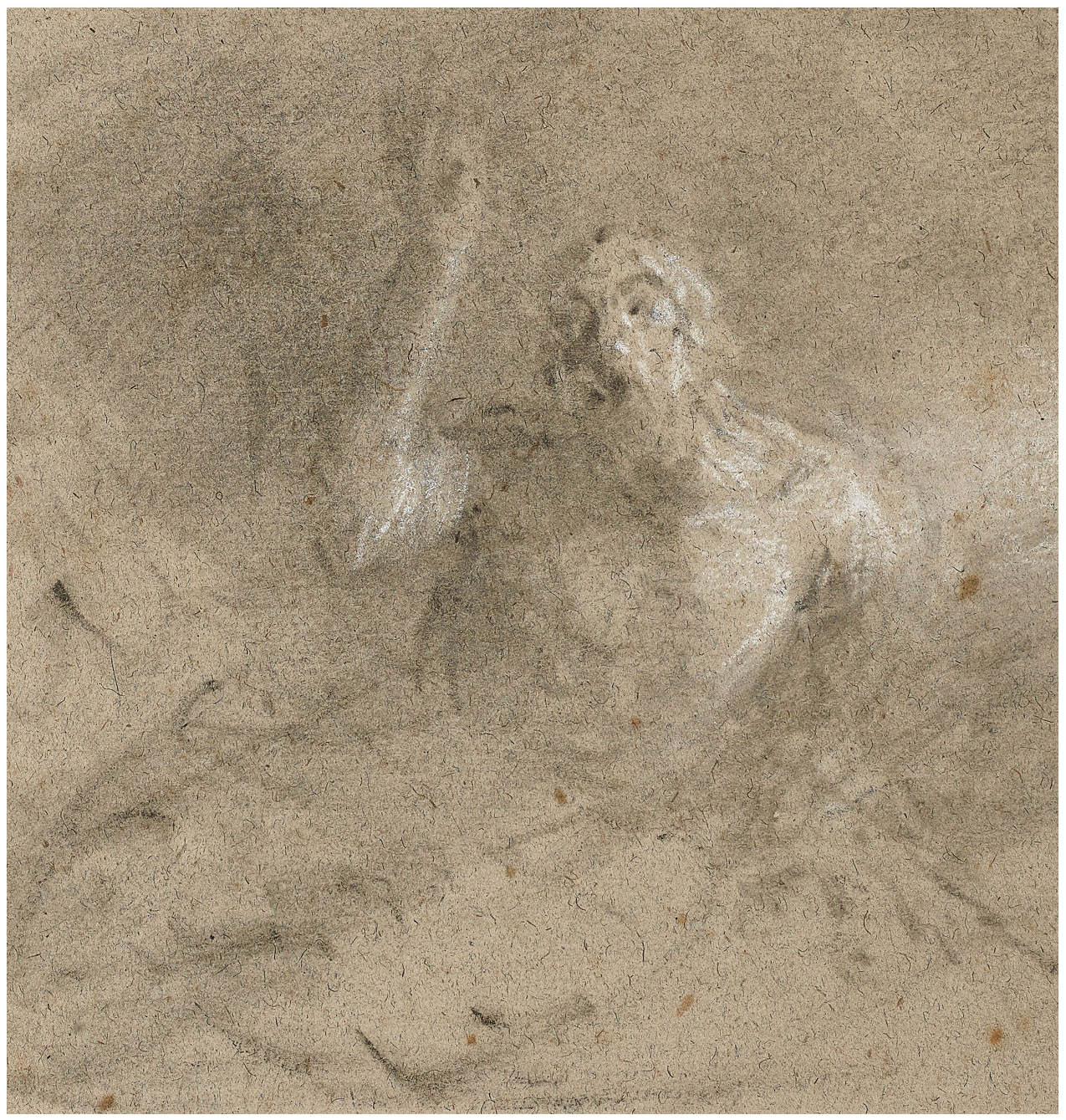