Home Page Exhibitions Exposições atuais A masterpiece by Vasco Pereira Lusitano
A generous permanent loan made recently by Mme Odile Pereira and M. Armando Pereira enables us, for the next five years, to show visitors to Museu Nacional de Arte Antiga, one of the finest works by Vasco Pereira Lusitano (1536/7-1609), a Portuguese painter who settled in Seville. The Nuestra Señora del Buen Aire, dated 1603, originally belonged to the collection of the Viscounts of Palma. It is a magnificent composition in which the Virgin Mary appears between St. Joseph and St. Anne, surrounded by Saints and the Magi, mirroring the evolution of the painter himself, who, in this picture, brings together various elements that he learned during his apprenticeship with the Italianate Sevillian artist, Luis de Vargas, and mixes them with the decorative exuberance of Flemish mannerism.

The Virgen del Buen Aire was painted for the church of the eponymous brotherhood, in the city’s Triana quarter, which became a centre of activity for the pilots, captains and owners of the ships that were engaged in constant trade with North and South America. Founded in the first half of the sixteenth century, this brotherhood or the “University of Seafarers”, as it was also known, is mentioned in documents from 1555 onwards, being installed next to the River Guadalquivir in a church and hospital inaugurated in 1573, which remained the brotherhood’s headquarters until 1704, when it was moved to the Real Colégio de San Telmo. According to its foundational statutes, endorsed by the Archbishop of Seville in 1561 and 1562, and by King Philip II of Spain in 1579, the aim of this brotherhood was to tend to the welfare of seafarers, offering protection and charitable assistance to the poor pensioners, orphans and daughters of navigators, and ransoming sailors taken hostage by pirates or enemy nations. As much of the wealth of Seville, which, at that time, was the largest city in the Peninsula, derived from its trade with America, it is easy to understand the importance of this work by Vasco Pereira. The painting continued in the brotherhood’s possession until 1845, when it became part of the collection of the Viscounts of Palma, in Palma do Condado (Huelva), remaining in the family until recently. 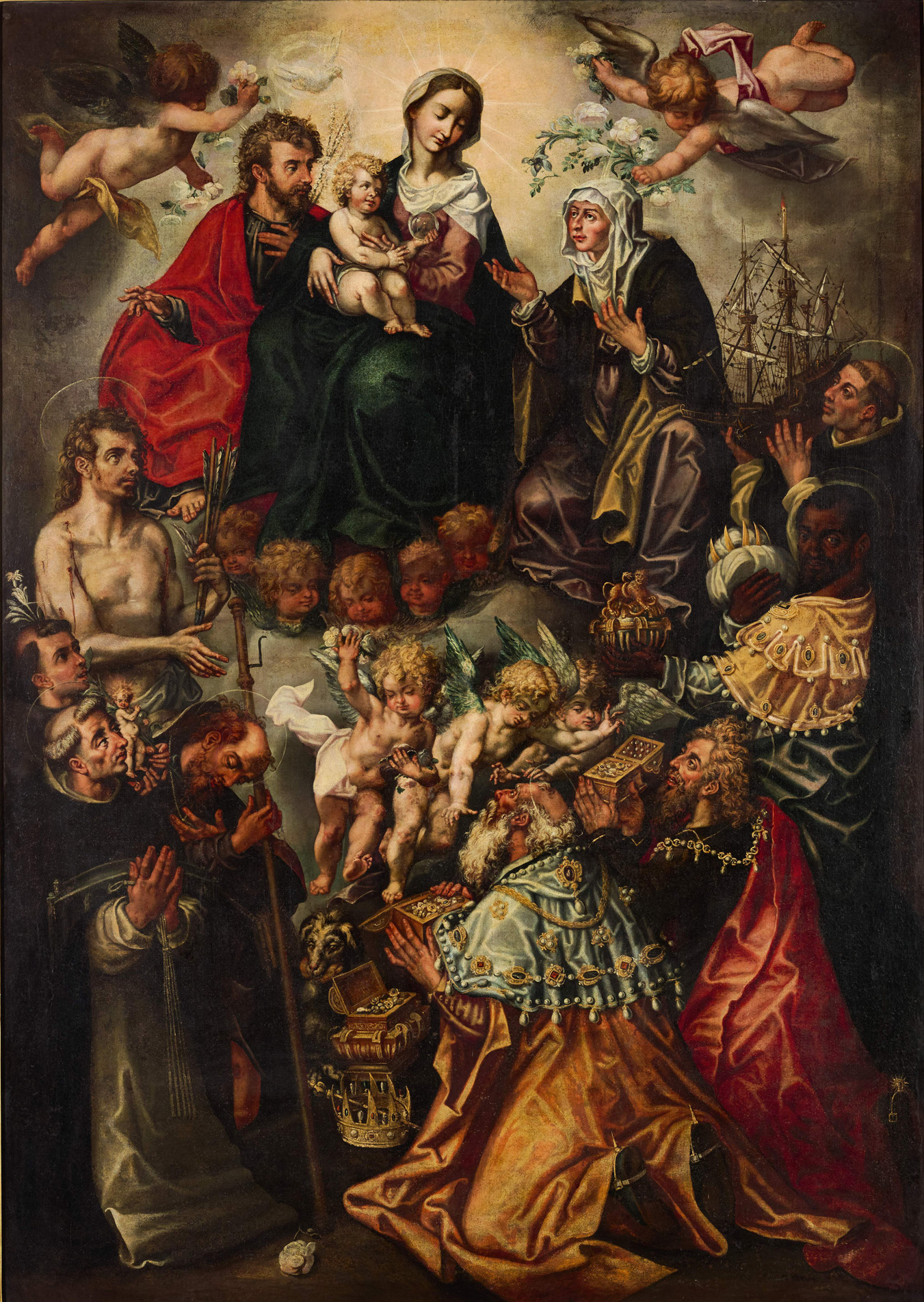