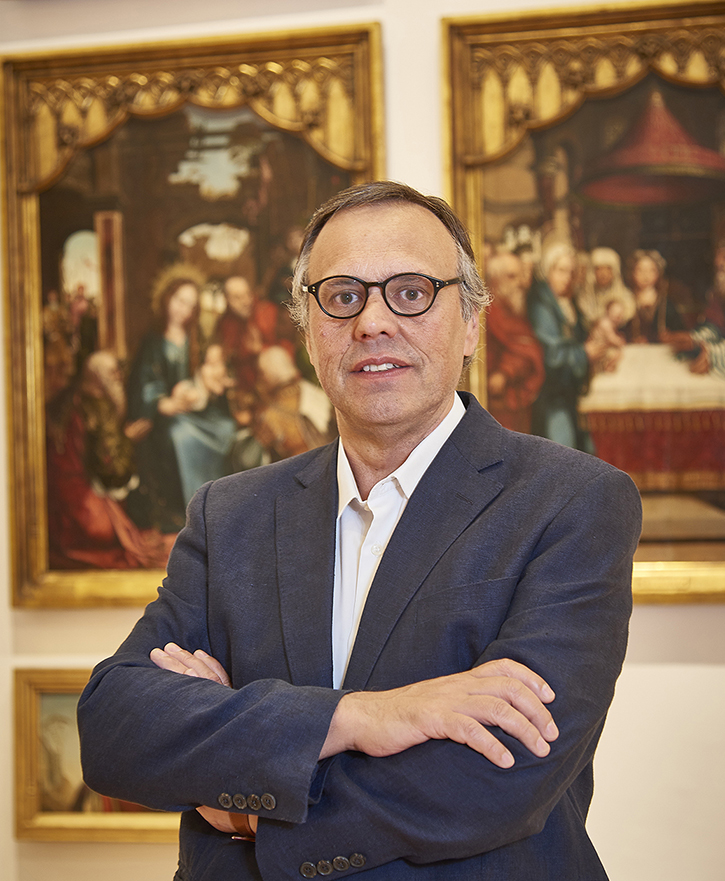 
Visiting the Museu Nacional de Arte Antiga is an invitation not only to discover some of the masterpieces of artistic creation from all over the world, but also, and above all, to embark on a journey through the history and genius of a country that is nearly a thousand years old. Welcome.

The history of the Museu Nacional de Arte Antiga dates back to the creation of the Academia Real de Belas-Artes (Royal Academy of Fine Arts), in 1835. The Academy was founded rather hurriedly in order to house the works of art acquired by the State with the suppression of the various religious orders.The male monasteries had been closed the year before, while the female convents remained in use until the death of the last nuns. The acquisition of the most relevant pieces from these orders' artistic property led to the formation of a national museum, whose selection of works was completed with other works chosen from among the most important national art collections. In what proved to be a relatively slow process, the Museo Nacional de Bellas-Artes e Archeologia (National Museum of Fine, Arts and Archaeology) was established in 1884, at the Palácio dos Condes de Alvor, in Janelas Verdes. This museum was the direct predecessor of the Museu Nacional de Arte Antiga, which acquired its own personality with the reforms introduced immediately after the implantation of the Republic in 1910.

While these reforms separated the contemporary art section from the rest of the museum, giving rise to yet another national museum (the National Tile Museum and National Costume Museum would also be separated from the MNAA at a later date), the implantation of the Republic led to the incorporation into the MNAA’s collections of an important group of works of art originating from the royal collections and the various palaces occupied by the country’s last reigning monarchs. Supported by this dual supply of works to be exhibited, the MNAA continued to grow in size throughout the twentieth century, making some important purchases, but, above all, receiving a number of bequests and donations that were to significantly mark the history of its collections. The main sources of new pieces were the Valmor legacy, which enabled the museum to make important purchases in the first half of the twentieth century, the Gulbenkian donations, the donation made by the heirs of Ernesto Vilhena, the donations of Barros e Sá and Castro Pina, among many other contributions that led to the growth of a diversified range of collections, including those of painting, sculpture, drawing, prints, furniture, ceramics, textiles, glassware, gold and silverware, and jewellery, providing visitors with a complete view of the museum’s history through some of the greatest works of Portuguese art and other artistic pieces collected by Portuguese art enthusiasts. One of the museum’s most striking collections is that of foreign painting and the group of pieces comprising the important art collection from Africa and the Orient, which is the fruit of the cultural and economic relations that Portugal established with other peoples around the world between the fifteenth and the twentieth centuries.