This painting forms part of the court portrait tradition from the mid-sixteenth century, which followed the style Anthonis Mor developed portraying the members of the House of Austria and was adapted in the Iberian Peninsula by Alonso Sánchez Coello.
Born near Valencia, Coello moved with his family to Portugal, and here began his art studies. In 1550, King John III of Portugal paid for his trip to Flanders to complete his training. There, he was a disciple of Mor. Once in Lisbon (c. 1552), he began working for Prince John and his wife, Princess Joana, sister of Philip II of Spain. Since she returned to her homeland following her husband’s death shortly after, in 1555, Coello travelled to the Spanish court to deliver a portrait of her son, the future King Sebastian of Portugal. The painter would no longer return to Portuguese territory.
This painting depicting the Infanta with one hand resting on Magdalena Ruiz’s head evokes other portraits of women of the Habsburg dynasty. The allusion to the paternal image – a portrait-within-the-portrait that reproduces the alabaster bust by Pompeo Leoni – accentuates the sitter’s majestic bearing. In its turn, the presence of the elderly woman – a very close servant, related to the Spanish court during the reign of Charles V and Isabel of Portugal – conveys a sense of tradition and family continuity.
Furthermore, the composition reveals some characteristically Philo-Portuguese references. Namely, the princess dressed in Portuguese ceremonial colours (gold on white), and Magdalena Ruiz – who accompanied Philip II to Portugal in 1581 – wearing a coral necklace – an apparent souvenir of that journey – and holding two small monkeys from the Amazonian region of America.

Opening exhibition of the MOSTRA ESPANHA 2021 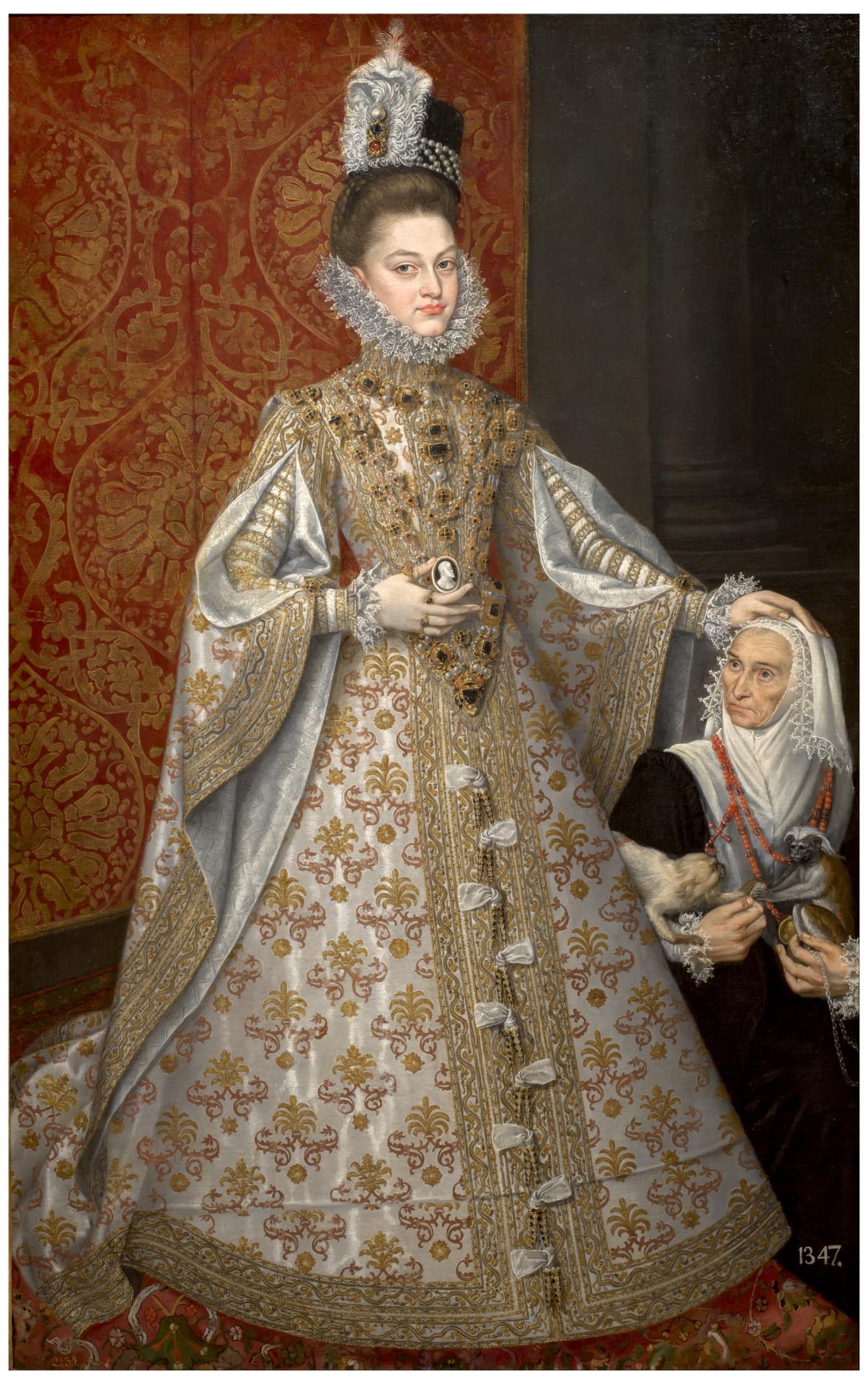